Another tube amp project. I built this in Summer of 2011. I was passing by a garbage pile of electric devices and I found the wreck of a vintage tube radio. It was smashed really bad but I salvaged a pair of oval speakers from the chassis.

Moreover I was hoping to find an output transformer in the carcass (since they are the most expensive components to procure when building tube amplifiers) but I could not find one.

I did a bit of research on the radio (Philips Jupiter 463) and the speakers online and I found out that there were some radio receivers that in fact did not possess an output transformer. That is possible because they had high impedance speakers (I assume thin coil wire, many windings). The speakers have a DC resistance of 300 Ohms each. The amplifiers to drive these speakers are consequently called OTL (Output-Transformer-Less) amplifiers.

I found a webpage where a skilled tinkerer built a HiFi amplifier for a similar speaker (one single speaker, 620 Ohms):

I decided to build the power amp stage (two EL86 tubes) myself and wire up both of my speakers in series. 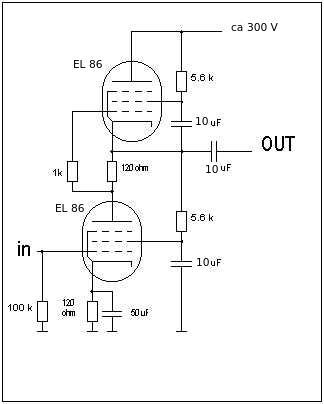 The so called totem pole circuit, power amp stage for an OTL amplifier.

Because ultimately I wanted to build a guitar amplifier (of course) I needed a suitable preamplifier. So I built the preamp stage of the AX84 High Octane Amp , so basically everything from the input jack up to the master volume poti.

As a power supply I recycled two scrap transformers. A big 240V:12V (40W) halogen lamp mains transformer delivers 12V AC for the heating of the tubes. In addition it feeds another smaller 240V to 12V transformer which I use in the reverse direction. So I get circa 240V AC again which I then put through a bridge solid state rectifier + RC power filters. In the end I get something in the order of 300V DC to power my tubes.

Here are some pictures from the build: 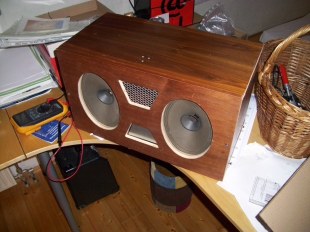 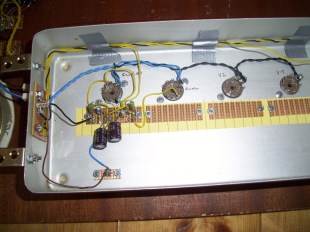 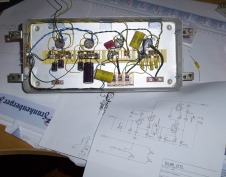 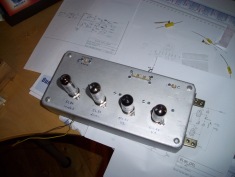 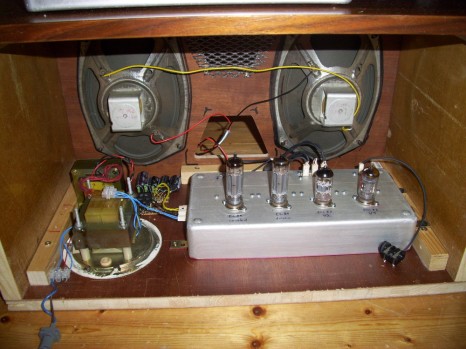